Learn Something New in These Holidays 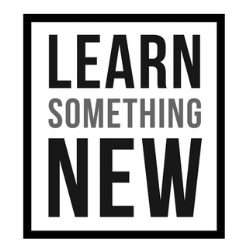 Learn Something New is a Series going to be Launched by Aa Tutors  which is especially for life long learners who want to increase their skill set in various fields because in today's generation where competition became so high and there are not many people who are getting jobs.  So why not create jobs? In the Second Week of March. In this Series we will Let you Known why learning something new is necessary for being an entrepreneur . People these days think that being an entrepreneur or starting a start-up is just a matter of luck or very easy to do. But, what they don't know is the hustle and effort behind it.  Learn Something New is a small project that will let you know what you can do by the creativity you possess inside you. As we all grow up learning in school, we took tests, we pass or fail and at the end we chose a career.  After graduation most of the people think that this is the end of their learning cycle. So we get a job and never put any effort into lea
12 comments
Read more